Circle of Love Inside – Writing to Prisoners 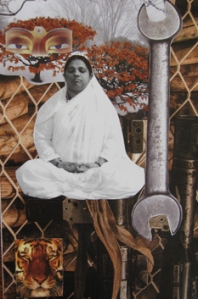 In May 2015, I began writing to an inmate through the organization Circle of Love Inside, founded by Mata Amritanandamayi, a renowned humanitarian affectionately known as Amma (Mother), or The Hugging Saint. I had heard of the program from a friend who had been writing to inmates for five years and enthusiastically endorsed it. I was looking for way to serve, and I had been concerned with the problems associated with mass incarceration in the United States for some time. Yet, I had no idea how powerful this simple form of service could be.

What is Circle of Love Inside?

Circle of Love Inside is an outreach program designed to connect volunteers with incarcerated individuals throughout the United States. Inmates request a pen-pal with whom they can establish a supportive and uplifting relationship through the simple, yet profound, act of letter writing. It is not a dating service and the boundaries are clear–the purpose is to support and to inspire. Its purpose is not to proselytize or promote a specific spiritual teaching, and inmates of all (or no) religions participate. Yet, we are encouraged to share our stories and of course, spirituality can be an important part of the letter writing conversation.

Snail-mail can be fun

Today, when writing letters is a lost art and email and texting have become the vehicle for staying in touch, being a pen-pal can become a priceless opportunity.  It came as a surprise to me that both writing and receiving snail-mail could be so rewarding. It had been years since I’d written a letter–but it brought back the excitement of waiting for a hand written letter in an envelop. Most importantly, getting to know an inmate as a human being has been an enriching and profound experience for me and for others I know. It can be a journey where both volunteers and inmates are able to bring spiritual gifts to a unique relationship with individuals who we would never have met otherwise. In many cases, prisoners do not have outside family or support. So, it’s gratifying to know that receiving our letters from the “outside” can make an enormous difference in their lives.

What have I learned?

So, what have I learned by being a prisoner’s pen-pal? I have gotten to know a human being who has been labeled by society as a “criminal.” But to me, he is a person of value with so much potential to grow. This young man, who is only 27 yrs. old, lives in a cell the size of a parking space without human contact. This is the form of torture prevalent in our prison system called “solitary confinement.” It is known for causing mental and physical harm that is irreversible.

“The United Nations agrees. Back in 2011 it issued a report claiming that long-term solitary isolation is a form of torture — a cruel, inhuman, and degrading treatment prohibited by international law. The report made special reference to the United States’ use of supermax prisons as a violation. ” George Dvorsky

Yet, I believe in redemption and in rehabilitation. I believe in healing. I believe we have a moral responsibility to treat lives as sacred. It is time we, as citizens of a country with more incarcerated individuals than any other country in the world, recognize the dark “shadow” of our society. We have to stop ignoring the the social inequality that often leads to despair and eventually to crime.

“The United States is the world’s leader in incarceration with 2.2 million people currently in the nation’s prisons or jails — a 500% increase over the past thirty years. These trends have resulted in prison overcrowding and state governments being overwhelmed by the burden of funding a rapidly expanding penal system, despite increasing evidence that large-scale incarceration is not the most effective means of achieving public safety.” sentencingproject.org

Our prisons are filled with bright and talented individuals who are capable of being rehabilitated. My pen-pal writes poetry, draws, paints, reads books, meditates and prays. My eyes are now wide open to the struggles of those whose daily existence is so harsh I could not bear it for one day.

Pope Francis, on his recent visit to the United States, called for reform when he said,

“All Christians and people of goodwill are called today to fight not only for the abolition of the death penalty be it legal or illegal, in all of its forms, but also for the improvement of prison conditions in the respect of the human dignity of those who have been deprived of freedom,” Francis said, “I link this to the death sentence. In the Penal Code of the Vatican, the sanction of life sentence is no more. A life sentence is a death sentence which is concealed.” Pope Francis

The Man in Front of Me

I stare at the man in front of me.

He parts his lips and asks, Why have you become my enemy?

That was never my intention, I respond.

But you’ve hurt me, your daughter, your brothers, sisters, and your mom.

I stare at the man in front of me with nothing to say.

He parts his lips again, Do you expect it to all just go away?

I cast my eyes away from the man, wanting to hide.

Look me in the eyes, or are you that full of pride?

I finally turn and begin to walk away.

I love you, I hear him say.

I slowly turn to find tears rolling down the man’s face.

I love you, but you can’t seem to to find your place.

I look at he man in the mirror and say,

I’m lost but will find my place one day.

Filed under Topics I Love, Writing to Prisoners 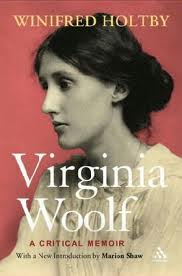 If the ideal of manhood involves reaching destinations or conquering heights, and is a constant process of becoming, women by contrast are expected to impress by their qualities of being, by beauty rather than intellect, by serenity rather than achievement.
Introduction to “To The Lighthouse” by Julia Briggs

Well, I just finished reading “To The Lighthouse” by Virginia Wolf, and was inspired to read a bit about the author’s take on life and about her own struggle with finding an identity apart from the expectations of women in Victorian society. Writing the novel, was a way for Woolf to confront her own struggle with her identity as a woman. It was also semi-autobiographical, as her characters represented parts of herself and the key players in her life – particularly her mother.

It seems Virginia Woolf’s mother was very much like Mrs. Ramsey, who is the archetype of Mother and whose role is to support and nurture her husband, children, and all those who fall into her circle. It is not an exaggeration that the life of the Mother as an archetype is dedicated to creating an atmosphere that restores, heals, supports growth, and provides the basis for the happiness and fulfillment of others, whatever the cost to the self. This expectation that women are designed to easily and willingly accept and embrace this role prevailed in Victorian times, as it has and continues to throughout history. It was considered the natural state of a natural woman to eventually become a wife and a mother and to support men to accomplish their greatness and fulfill their life purpose. Like the Madonna, this archetype offers compassion and unconditional love to others.

One of the novel’s male protagonists, Charles Tansley, asserts,

“Women can’t write, women can’t paint.” He represents a prevailing mind-set that denies women’s capacity for achievement and self-realization outside of the role of mother.

And, Woolf’s mother, like Mrs. Ramsey, embodied these qualities of the Madonna, or of perfect motherhood, and earned the devotion of her children and husband. Yet, the author found herself longing to take a different path from her mother, an inner-directed journey much like Lily Briscoe’s path, the female character in the novel who chooses to be single and is devoted to her art. Lily is Mrs. Ramsey’s opposite. Like Woolf, Lily loves the iconic Mother archetype in the form of Mrs. Ramsey, and in Woolf’s case as represented by her own mother, while at the same time, both Woolf and her fictional character, find aspects of this ideal of selflessness and willingness to cater to the demands of the male ego abhorrent.

A modern woman often feels a similar pull of forces within her own psyche. Questions arise, “How do I juggle my career or my life’s passion with my desire to be a mother and a supportive partner to my husband?” Women may wonder if they can do justice to both worlds: can they follow their dreams to be artists, adventurers, writers, senators, and choose to marry?

As women, we are still questioning who we are apart from the expectations of others. We wonder if we can “have it all” – if we can bring home the bacon and fry it up in a pan, have our cake and eat it too. And, do we really want it all – is society now telling us we should achieve like the classic male archetypes of doers and shakers? Are we after all missing out by neglecting home and hearth?

Women in today’s world are aware they have choices and must consider the consequences of their decisions. They are seeking to understand their genuine wants and needs, and men too are continuing to re-evaluate their expectations and what it means to enter into a mutually supportive relationship as a unit of separate individuals with needs of their own. We are in the midst of evolution and exploration on our journeys toward self-realization.

Filed under Archetypes and Symbols, Book Reviews, Topics I Love